Many globes are compatible with the Ting smart pen. A sensor on the pen tip reads a code on the globe’s map image. This code is associated with various audio files. When you tap it, Ting detects the code and plays the appropriate file via the built-in speaker (or via the headphone output). The Ting pen works with many globes from different manufacturers, especially Columbus and Räthgloben. 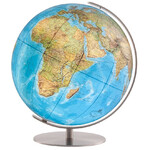 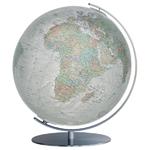 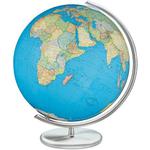 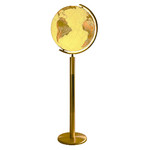 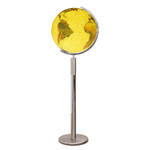 Special features
X
A variety of special features distinguish one or more specific properties of a globe.
Click to read more...
+ more