The success story as a manufacturer of top-quality optics begins with the founding of the company in 1917 by three leading optical manufacturers as the Japanese Optical Society. Since then Nikon has proved to have been farsighted and had made their optical visions a reality.

Nikon is one of the longest existing companies marketing products in the industry. Their success is based on an uncompromising pursuit of quality. Nikon offers a large range of products for every need - whether nature watching, sports or hunting. 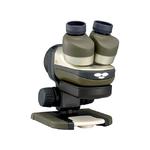 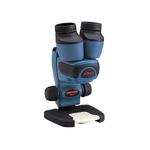 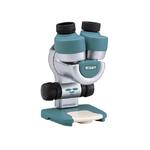 The Nikon Corporation, listed on the Nikkei 225, is a Japanese manufacturer of cameras, lenses and other precision optical devices such as microscopes, binoculars and spotting scopes. In 2002, the company had about 14,000 employees. Their headquarters is Tokyo. Nikon has been actively involved in the European market since around 1961, when Nikon AG Switzerland was founded in Zurich. The company is one of the world's most important photo technology companies.

The company's history dates back to 1917, when the three companies Tokyo Keiki Seisaku Sho, Iwaki Glass Manufacturing and Fujii Lens Seizo Sho merged to form Nippon Kogaku Kogyo Kabushiki Kaisha on July 25. The merger was supported by the Mitsubishi group, to which Nikon still belongs today. Nikon's most popular products include 35mm and digital cameras, Nikkor camera lenses and Nikonos underwater cameras. The first camera actually called a ‘Nikon’ was the Nikon I rangefinder camera introduced on March 7, 1948. This was modelled on the Contax II from Germany, even using the Contax’s bayonet connection, but with deviations in the control curve which are noticeable at longer focal lengths and the unusual image format of 24x32mm. Nikon’s international reputation was established with the largely identical successor – the model Nikon M, which was made from 1949 to 1950.

However, the real breakthrough came with the Nikon S (1950-1955) which was officially produced for export. The Nikon S2 (from the end of 1954) was the first Nikon to have the more usual 24x36mm picture format. The Nikon SP, made from 1957 to 1965, boasted professional specifications.

(Photo of Nikon I) Other important lines of business areas that the company covers include the manufacture of microscopes for the scientific sector and the production of complex optical systems for quality assurance, measurement technology and the manufacture of semiconductor devices (steppers). Nikon has been the leading brand used by professionals for decades!

But no matter whether you are a professional photographer, a passionate amateur photographer, or someone who just wants to be able to take good pictures without any fuss - Nikon offers the right tools for everyone, with which almost anyone can easily take perfect pictures. Anyone who presses the shutter of a Nikon camera should have one thing in common - the highest standards for any form of photography. A claim that Nikon has made in optics for over 80 years.

Light source
X
The light source illuminates the object and is available in various forms.