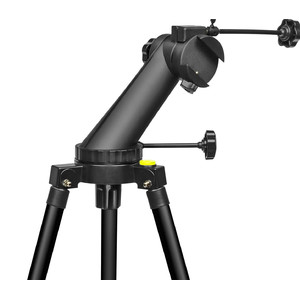 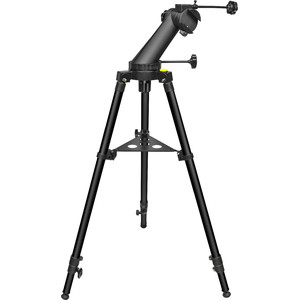 The VersaGo E-Series Altazimuth Mount head is supported by three two-section, 1.1" diameter cylindrical aluminum alloy tripod legs. The tripod leg length can be adjusted to hold attached instruments as high as 57.25" and as low as 36". Large wing knobs make it easy to extend and collapse the tripod legs, even while wearing gloves. At the end of each leg, rubber tripod feet can be retracted to reveal spikes for extra stability in the field.