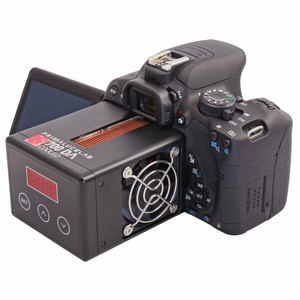 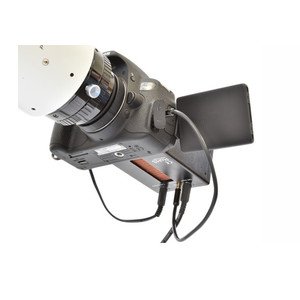 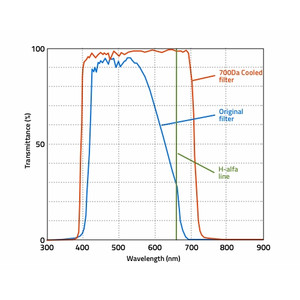 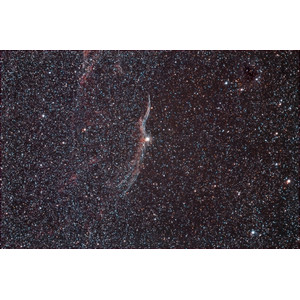 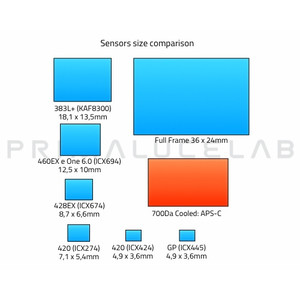 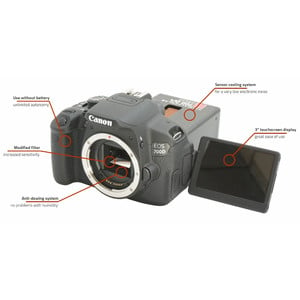 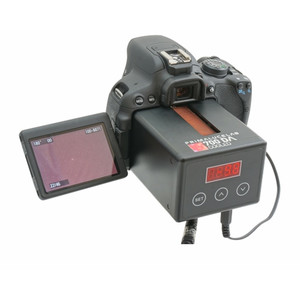 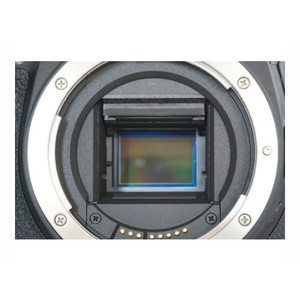 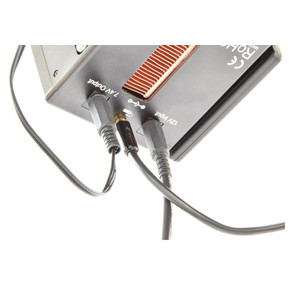 No delivery possible before christmas
Check alternatives on stock or order a voucher!

Product questions?
advice for Astrophotography
Log in to add this product to your watchlist.

The power of a cooled CCD camera combined with the ease of use of a DSLR one, all in a single product that allows you to record stunning images of deep sky (but also of the planets and the Moon!).

Perfectly usable even without a control PC! A cooled DSLR is the perfect solution for those people who want to record great pictures without too many complications!

Cooling system with Peltier cell that dramatically reduces the camera noise during long exposure sessions; front sensor filter modified for astronomy for higher sensitivity especially in the wavelengths of the red and then the very important H-alpha line front filter; anti-dewing system and use without battery (power supplied with cable plugged to the cooling system).

The large touchscreen display together with the cooling system control electronics that is directly operated by the touch keys located on the camera, make it easy to use and 100% functional even without using an external control PC.

Sensor cooling system with double Peltier cell: Astrophotography of deep-sky objects such as galaxies, nebulae and star clusters requires long exposire times, usually several minutes. When we use a non-cooled camera for this application, you may notice a strong electronic noise that ruins the poses not allowing us to record and clearly see the weaker details. To solve this problem our camera uses a cooling system with double Peltier cell thet is able to lower and keep constant the sensor temperature, up to -27° C with respect to ambient temperature!

Positioned rear to the camera to maintain a good weights balance, the cooling system has a display that shows the current temperature of the sensor, the temperature we want to achieve, the relative speed of the cooling fan (which does not introduce vibrations) and the intensity of the anti-dewing system for the front filter. Special touch buttons allow you to adjust all the parameters to set the camera as you prefer. Temperature regulation is absolute then the sensor will work at the same temperature all night letting you record (if you want) the dark frames when you prefer!

Modified filter for more sensitivity: In order to keep a proper color balance in daylight use, DSLRs use a filter placed in front of the sensor that is not completely transparent, especially at longer wavelengths corresponding to red. In astronomical application that is a problem because the most important emission line, the H-alpha (emitted by many nebulae for example) is right in the red part of the spectrum. The astromodified camera replaces the original filter with a model designed specifically for astrophotography increasing the camera sensitivity and allowing you to take brighter pictures. The chart on the right compares the transmittance of the modified filter installed on the camera (red curve) with the original one (blue curve). For reference we reported in green also the position of the H-alpha line . You can see how from about 550nm original filter decreases transmissivity while our modified filter lets all the light pass up to 700nm, so you can record more easily all the red weak details. The difference is huge considering the H-alpha line where the original filter has a transmissivity of about 30% while the modified one has a transmissivity of about 98%. Our cooled DSLR, compared to the original camera, has not only a much lower electronic noise but it's also more sensitive.

Power without battery with dedicated adapter: One of the limitations of the use of DSLR cameras in astrophotography is the battery life. When working at low temperatures the efficiency of the rechargeable batteries drops significantly and it's not unlikely to run out of power in the middle of a pose! For this reason the cooled DSLR presents, at the bottom, close to the 12V power port that power up the cooling and anti-dewing systems, there's an 7,4V power output. You just connect to this socket the supplied power adapter and insert the other side in the battery compartment of the DSLR. In this way, the single 12V power supply (5 amps) power up both the camera and the cooling system: now you can be sure you can take astrophotographs all night!

Caution: for operation, the camera requires a 12V 5A power supply not included in the package. 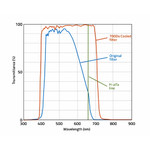 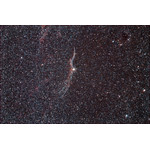 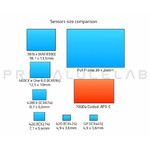