Observing with the naked eye

Astronomy with the naked eye. How does this work and what should I pay attention to while observing?

The eye is the smallest telescope in the world. No telescope is capable of accomplishing what our human organ of sight is able to do. You can enjoy wonderful views of the night sky with nothing but your own eyes. It’s not only the telescope that is an observation instrument, the human eye is one too - the smallest in the world. A telescope collects more and more light as the aperture increases. Like a telescope, our eye also has a lens aperture: the pupil.

The eye’s pupil is a brilliant mechanism. It is controlled by the iris and its diameter varies between 1 and 8 mm. The maximum pupil aperture depends on the age of the individual.

Whereas a 20-year-old person’s pupil is capable of reaching an aperture of up to around 8 mm, a 60-year-old’s can only manage 4 to 5 mm. This means that the eye of a 20-year-old is more sensitive to light than that of a 60-year-old.

As mentioned above, when the pupil is wide open, a lot of light enters the eye. However, visual acuity decreases as the eye’s aperture increases. This is not important when observing the night sky, since here the rods are mainly used. Their resolving capability is not as good as that of the cones.

When the eye is able to separately identify two closely-spaced points from a certain distance, it is called resolving capability. In the daytime this is normally 1 minute of arc (a 60th of a degree). At night it is around 2 minutes of arc.

It is at night that the rods spring into action. They are only intended for viewing at low levels of luminous density. In comparison to seeing in the daytime, resolution is reduced and we can only perceive light/dark and black/white.

About rods and cones

At the point of sharpest vision during daylight, there are only cones in the fovea centralis. A huge number of cones - around 130,000 - push their way into the fovea. This is about as many cones as Ingolstadt, the fifth largest city in Bavaria, has residents.

No rods are to be found in the fovea. Thus, this range of vision is not suitable for night-time, nor for astronomical observation. The number of rods outside the fovea gradually increases. The quantity and concentration of rods reaches a maximum around 20° from the fovea.  This is exactly the spot we should use for our astronomical and telescope observing (at least for weaker objects).

Astronomical observations are possible even with the naked eye. A rotatable star chart is the perfect tool to help you easily recognise individual constellations in the night sky. Getting to know most of the constellations in the night sky is a prerequisite for later finding celestial objects that you want to observe with a telescope. We recommend the rotatable star chart from Kosmos Verlag.

It should be your very first investment as a star-fan. Even if you are already familiar with the night sky you will find yourself using this chart again and again. Because it does not only depict the night sky at any time of the day or night for the whole year. It also shows you the position of the Sun, the ecliptic (for planetary positions), sunset times and much more.

A second important item, an almanac such as the Himmelsjahr (celestial year) from Kosmos, is also recommended. It is a very popular astronomical yearbook that provides information for every month about planets, the night sky, meteors and observing targets. Each month has its own theme with information about an interesting astronomical feature.

Besides star charts and almanacs, software (such as planetarium programs) makes up an ever-increasing slice of the astronomical media cake. Multimedia planetarium programs enable the observer to get a complete overview of the night sky. Some programs include a flood of features that depict current or future celestial events, enable you to travel through the solar system, or even include a complete astronomical lexicon.

With some programs it is also possible to control your telescope’s GoTo computer via your PC to point to selected objects. But even if all you want to do is print a detailed map to help you find a target by yourself, you'll find what you’re looking for here. 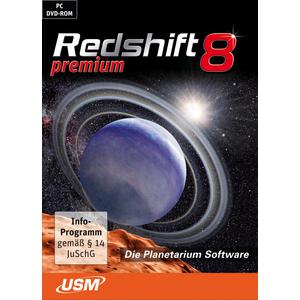 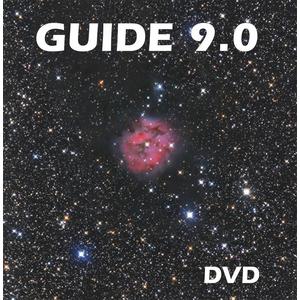 We're ready to get started

Now we’re ready to start observing. You’re fully equipped, you have a star chart and a book under your arm and you're ready to race out into the clear dark night. But wait, haven't you forgotten something? Of course! You should dress warmly for every night of observing. Even though it’s very hot during the day in summer, even in August it can get very cold at night. Warm shoes and a jacket are especially important.

Look out for street lights

It takes a while for your eyes to adapt to the darkness. For example, if you step out into the night from your brightly-lit living room, you won't see very much at first. Your pupils are still very small and have adapted to the brightness. After a little while, the pupil begins to dilate. This happens quickly at first, and then ever more slowly. It can take around 45 minutes until your pupils are fully dilated. Of course, you don't have to wait so long in the darkness until you can turn your gaze to the sky.

Be careful not to be dazzled by street lights, house lights or bright torches. If this happens too frequently, you may lose your dark adaptation. That's why astronomers don't use white light while observing, instead they use red light. Often dimmable, red LED torches are used.

Once your eyes have become accustomed to the darkness, you can observe all stars up to magnitude 5. These are faint stars which are about 100 times weaker than stars with magnitude 1. Magnitude 1 stars are among the brightest stars in the night sky. Stars of magnitude 0 or -1 are even brighter still. So, the lower the number the brighter the star. A star’s brightness is generally measured using the magnitude scale and is abbreviated as mag.

You can observe various open star clusters with just the naked eye.  The Pleiades in the constellation Taurus are an example of this. Or you can make out our neighbouring spiral galaxy, the Andromeda Galaxy, as a small, blurred spot of light. Blurred because, after all, this spot of light is more than 2.5 million light years away.

But what if observing with your naked eye is no longer enough for you? Then you’ll probably want to invest in a telescope.

Relaxed observing with both eyes - with these tips you too can find binoculars for observing the sky.

A short story about frustration

A story about telescope frustration? What Kurt did wrong when he bought his telescope, and how you can do better in the future.

Aperture, resolution and magnification: the vital knowledge you need to successfully choose a telescope.