The mirror is vacuum-deposited onto a special glass. But what material is used and why is it important?

In around 1672 Sir Isaac Newton developed the Newtonian telescope, convinced that the chromatic aberrations of refractors could not be completely corrected. He used polished metal mirrors, whose rough surface finish led to a fairly low-contrast image. 100 years later, Sir William Herschel was still experimenting with rapidly tarnishing metre-wide metal mirrors. It was only around 1880 that the production of precision silver-coated glass mirror substrate was mastered. The separation of mirror substrate and reflecting surface became standard practice.

Today, modern glass and glass ceramic varieties are used alongside sheet glass as the substrate for reflector telescope mirrors. The reflective coating is applied by vacuum-deposition with aluminium. There are two different forms: spherical mirrors and aspherical parabolic mirrors. Spherical mirrors are easy to produce, but at aperture ratios below f/7 they deliver blurred and low-contrast images due to spherical aberration. A parabolic mirror, the production of which is much more complicated, does not exhibit any image defects and is essential for compact, fast, reflecting telescopes.

Regardless of the shape of the mirror, in order to ensure that the quality meets the requirements for astronomical observation, the surface must not deviate by more than 0.05 microns from the ideal spherical or parabolic shape. A micron is one thousandth of a millimetre, so the tolerance is only around 1/10 of the wavelength of visible light!

Different materials are used as mirror substrate which, for practical purposes, differ mainly due to their varying thermal expansion properties:

Sheet glass has the lowest cost and greatest thermal expansion, Zerodur is expensive, but its thermal expansion is very low. Pyrex, a registered trademark of the US company Corning, is a tempered borosilicate glass. LK5 is the Russian equivalent and is distinguished by its thinner construction. Zerodur, a registered trademark of Schott, is a non-porous mineral lithium-aluminosilica glass-ceramic.

In principle, the quality of the image can be as good with a mirror substrate made of cheap sheet glass as with expensive Zerodur. BK7 or Pyrex are usually used for mass production, with Pyrex scoring well due to its 50% lower thermal expansion. In practice, a Pyrex primary mirror provides a better image during the cooling phase, allowing you to access your telescope’s full performance more quickly. A further advantage of Pyrex is its hardness; the material can be ground particularly precisely.

The cooling times differ only slightly and depend on the thickness of the substrate material: the thinner the substrate, the shorter the cooling time. If the temperature changes during the night, you again have an advantage with a Pyrex mirror. This is especially true for larger telescopes, as here it is especially important that the material has as little sensitivity to temperature as possible.

Once the mirror substrate has the desired form, a reflective layer of aluminium is vapour-deposited under high vacuum. Since aluminium gradually corrodes in the air, a protective layer of quartz is usually applied to the reflective surface. This makes the primary mirror more robust and resistant to ageing.

The mirror layer of the average reflecting telescope is around 90% reflective. However, there are also expensive primary mirrors that are 96-98% reflective. This difference is not critical: a reflectance of 91% for both the primary and secondary mirrors would mean a theoretical loss of around magnitude 0.2 compared to a reflectance of 99% for both mirrors. This "improvement" is barely detectable visually. The often-quoted surface accuracy of primary mirrors can, at most, be used to compare products from a single manufacturer, since the testing methods vary widely from one manufacturer to another. 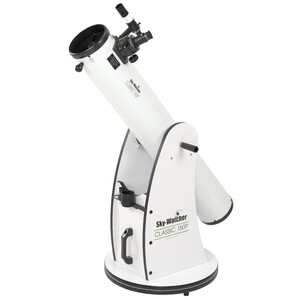 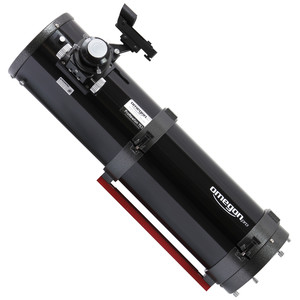 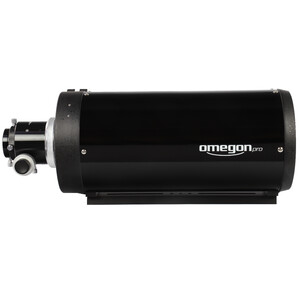 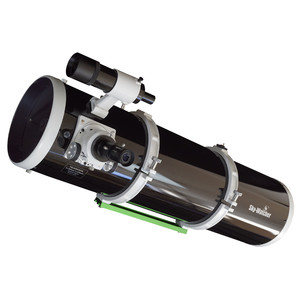 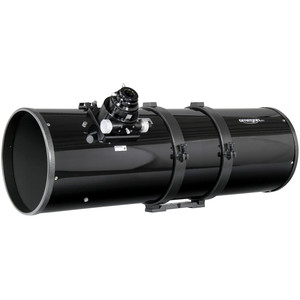 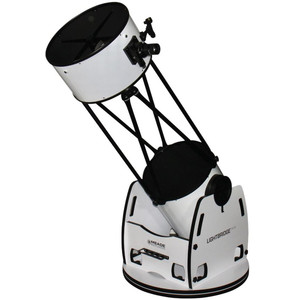 You may also find these articles interesting:

A classic or a limitless view: why the design is important and why high magnification is often not the best solution.

Why a mount is so important and why not every mount is suitable for astrophotography. With recommendations ...

You’ll find tripods for every purpose on the market today. But it is important to choose the right product that will suit your needs.