PENTAX cares about making a real contribution to those precious moments in everyday life with its innovative and outstanding products - for consumers who value high-performance and easy-to-use devices as well as for professional users who value reliability, precision and quality.

Pentax binoculars - there is so much to see

Everywhere there are views which can become experiences to remember through a pair of PENTAX binoculars. The various models provide the right features for every purpose - compact and lightweight, especially elegant, waterproof - the list could just go on-and-on. Having a pair of PENTAX binoculars handy means you are well equipped for a whole range of purposes – nature-watching, outdoor activities such as hiking, leisure and travel, sports and action or culture and opera.

The important thing for long distances is bringing the subject nearer via magnification. But there is a lot of high level engineering skill behind this simple idea. A pair of binoculars has to magnify what is observed through them from a great distance. But for a really good image, even in low light conditions and in different environments, a large number of optical components must work perfectly together. With their years of experience and insistence on the highest precision, PENTAX makes binoculars that are, above all, the perfect companions for every occasion.

Pentax spotting scopes provide the maximum optical performance, making them extremely popular with birdwatchers and amateur astronomers. With objective lens diameters from 65 to 100mm, almost everyone will find a spotting scope that meets their own individual needs. Their ED APO optics provide an excellent image and chromatic aberration that has been reduced to an absolute minimum. Their sharpness and resolution also show that Pentax spotting scopes are well above the norm. They are particularly interesting for astronomers as they can take 1.25" eyepieces. 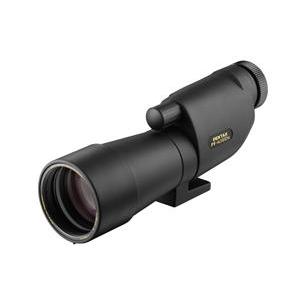 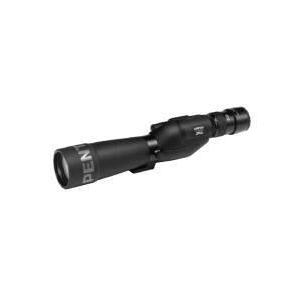 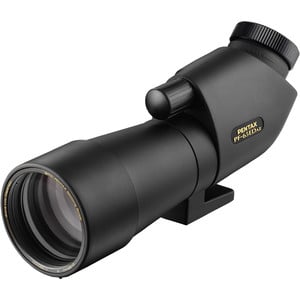 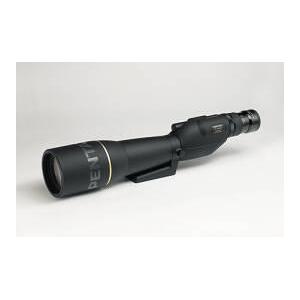 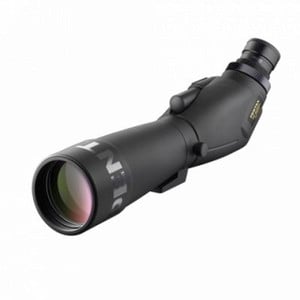 Pentax is a Japanese company that manufactures cameras, surveillance and surveying equipment, optical devices for the medical sector, and high quality binoculars, spotting scopes and eyepieces. Pentax has around 10 manufacturing sites - in Japan, Hong Kong, Taiwan, Vietnam and the Philippines. It employs around 6,000 people worldwide. The Asahi Kōgaku Kōgyō Goshi-gaisha dt ( roughly ‘Optics Asahi Ltd’) company was founded in 1919. It initially produced spectacle lenses and, from 1933, lens elements and lenses for cameras. By the end of the Second World War, a large part of the order volume consisted of optical devices for the military. After the war, Asahi Kogaku Kogyō K.K. was dissolved by the victorious powers, subsequently receiving permission to re-establish itself in 1948. The company resumed its pre-war activities and made binoculars and camera lenses for Konishiroku and Chiyoda Kōgaku Seiko (the predecessors of Konica and Minolta).

(Photo: Asahiflex I, made from 1957, photographer: Marc Carlson, source: Wikipedia)

On March 31, 2008, the Pentax Corporation became a part of the Japanese company HOYA K.K. The Pentax Cooperation has not been listed on the Tokyo Stock Exchange since November 2007, and has been an independent division within the HOYA Group since April 1, 2008. However, the brand name PENTAX - which enjoys an excellent reputation among photography enthusiasts and medical professionals around the world – has been retained for all cameras, endoscopes, CCTV and measurement technology.

Back in July 2011, the Hoya Group sold on the photography business (including Security Systems and Sport Optics), under the Pentax brand name, to Ricoh. PENTAX cares about making a real contribution to those precious moments in everyday life with its innovative and outstanding products. For consumers who value high-performance and easy-to-use devices as well as for professional users who value reliability, precision and quality.

The German branch office, founded in 1966, today operates as headquarters for the EMEA region (Europe, Middle-East and Africa) under the name PENTAX Europe GmbH. With more than 250 employees in Hamburg, it looks after the Imaging Systems (photography/optics), Life Care and CCTV sectors within Germany. PENTAX Europe GmbH has had its service centres for medical technology certified to DIN EN ISO 13485/2003. Its Imaging Systems and CCTV sales divisions have been certified to DIN EN ISO 9001/2000. The scope of the certificate covers the distribution and servicing of endoscopes, light sources, video processors, photographic binoculars and CCTV lenses as well as all the accessories for the above-mentioned product groups. All products are manufactured to environmental management ISO 14001 certification in Japan.